Dramatic events in a wealthy Boston suburb will bring Catherine, Bobby and Detective D.D. Warren, who's doing her own investigation. Soon they will have to face a much more serious danger. The streets of the city are wandered by a vengeful psychopathic murderer: a shadow man who attacks unexpectedly and who can fall victim to literally anyone. No one is safe and no one expects a death trap until he is cornered, helpless, lonely ...

You can buy this book in the promotion "second book -50%". 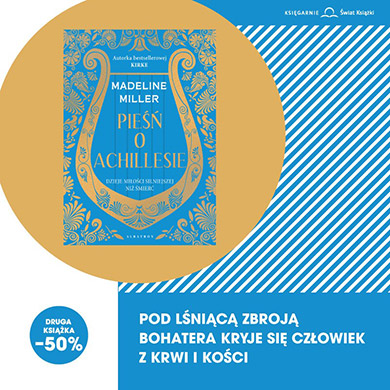 Patroclus lacks all that Achilles has. He is an exile - strange, weak and insignificant. And yet one day a thread of friendship is forged between the boys ...

When, years later, the news of the kidnapping of beautiful Helena to Troy spreads through Greece, Achilles, seduced by the promise of immortal fame, is getting ready to fight with other heroes. Patroclus moves with him. They do not yet know that in the fields of Troy, fate will claim its own - regardless of the attempts they make to deceive it. "Pieśń o Achillesie" from the boutique series is taking part in the "second book -50%" promotion.

A fascinating story about the life of the absolute queen of Polish gastronomy and one of the most famous and influential Polish women. An honest and so far, unknown story, from which we learn how long and winding the heroine had to go to be where she is now. The authors take the reader on an extremely emotional journey, where happiness is mixed with loneliness, trust and faith with naivety, and fate can be as kind as cruel. 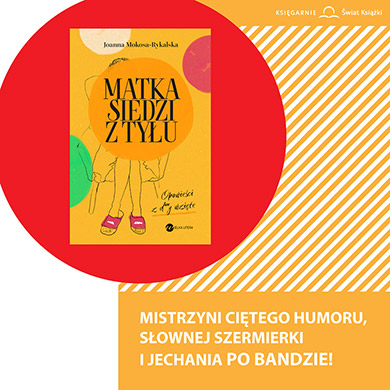 Meet Joanna. It's Bareja in a skirt - in the mockery box she feels like a fish in water. He sits in the back, but his watchful eye scans every sphere of life. He will mock, laugh, get angry, make more than one blunder on his own, sometimes play on the nerves, but he does it with grace and panache, which are not enough. The splits will do it, when necessary, although it prefers to be loose as rubber.
This is the perfect read for those who want to let go. For those who are tired of everyday life, for everyone who wants to put on Kubota, pulled out a tracksuit and sipping an "espresso" or mojito plunge into the absurd and adventurous world of absurd and grotesque. 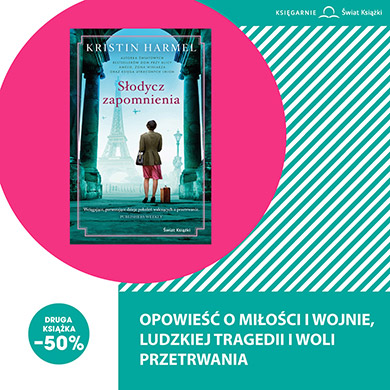 Hope is thirty-six years old, lives in a small summer town on Cape Code, is recently divorced, has a twelve-year-old daughter, Annie, and runs a family pastry shop founded by her grandmother Rose. However, due to many unhappy life situations, she feels lonely, lost and old.

One evening, Rose, who is staying in a nursing home, temporarily regains her memory and asks her granddaughter to find out what happened to their relatives living in France, whom she had never mentioned before. Fulfilling her grandmother's wish, she will learn about the dramatic fate of her family. Hope's life will change forever. 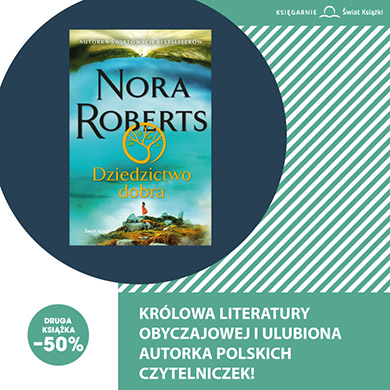 In high school, Adriana records and uploads her own yoga lessons online; she is educated in the field of dietetics and boldly follows the path of success started by her mother. That's when he gets the first threatening letter. Lina assures her, however, that she has received many such letters in the past and is nothing to worry about. But letters come regularly, every year, wherever Adriana happens to be. As he returns to Maryland to live with his grandfather again, the threats escalate - they come in more and more often and they become more and more terrifying. Surrounded by friends and family, committed to a relationship with a former great love, Adriana feels that she can lose much more than her own life ... 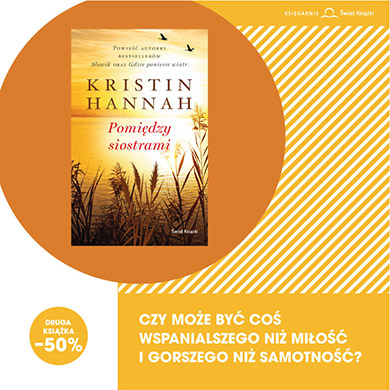 The dramatic fate of two sisters who, years later, find the bond that once connected them, is another example of this. Claire loves and is loved; Meghann is afraid of closeness, she does not let her life be ruled by emotions. Claire lives modestly, surrounded by family and friends; Meghann occupies a luxurious apartment, but she feels alien and lonely in it.
Unexpected events in Claire's life radically change the scale of Meghann's values ​​and make it easier for her to come to terms with the past.

This month, more books from the world of Disney, Marvel and Star Wars will be added to Świat Książki bookstores. These will also be items that will initiate new publishing series: „Moje ulubione seriale”, „Dbaj o siebie”, „Biblioteczka przygody” and „Czytaj. Koloruj. Rozwiązuj”.
Fans of the films "Luca" and „Vaiana”. The treasure of the ocean. Books based on animation stories are not only interesting, but also graphically beautiful.

You take two and pay only half the price for one
This is a permanent promotion at Świat Książki. In it you will find novelties and bestsellers from almost every kind of literature! 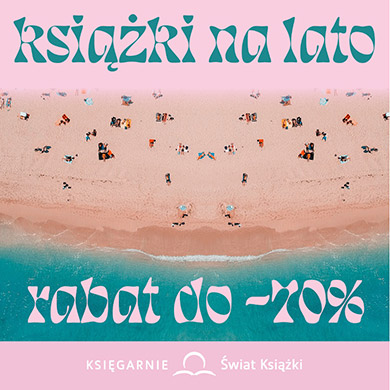 Books for the summer

To the beach, to the mountains, to explore the urban jungle. You will find a moment to read a book in every place. At Świat Książki bookstore you can now buy a lot of interesting items, the prices of which are reduced by up to 70%.