Will the young biographer Margaret Lea be able to discover the secret of the once magnificent Angelfield estate and the generations of one family that inhabited it, and the dark relationship between the house and the famous best-selling author Vida Winter?
A story about the tragic fate of a family marked by death and madness, about love on the verge of hate, about a painful, inevitable loss and despair that is not cured by the passage of time.

Świat Książki bookstore is located next to the food court. You will find it in the promotion "second book -50%". 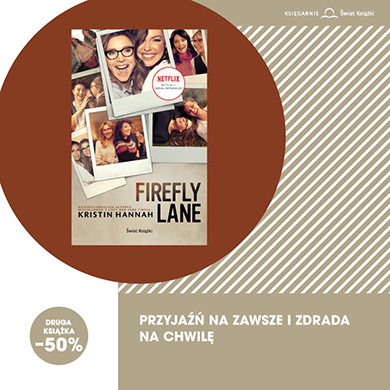 On the surface, Katie and Tully are as different as only two people can be different. Kate is doomed to be the wicked one forever and has a loving family that embarrasses her at every turn. Tully, surrounded by glory and mystery, hides a secret that destroys her. They make a pact and become best friends forever; before summer is over, they become Tully-i-Kate; one inseparable being.

Świat Książki bookshop is located next to the food court. "Firefly Lane" takes part in the promotion "second book -50%"

A reporter's story about the only scouting team in a concentration camp operating during World War II. It was a phenomenon on a global scale. The team was established in 1941. It was made up of Ravensbrück prisoners, mostly pre-war girl scouts. Regular rebounds took place. Girl scouts helped other prisoners, the sick and "rabbits".
Run to Świat Książki bookstore, because this title is available in the "second book -50%" promotion. The bookstore is located next to the food court. 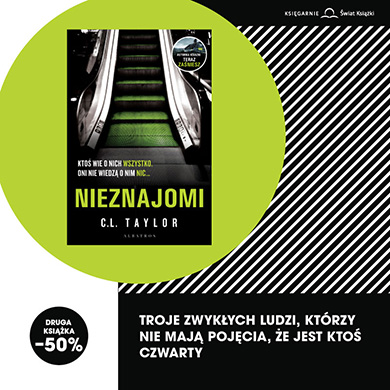 The author's new book, which became known for the thriller "Zanim powróci strach".

Alice is clearly out of luck in love - the moment she meets a new man, someone starts stalking her. Or maybe he is behind it?

Gareth still believes in finding her father, who disappeared years ago, especially when strange postcards begin to arrive at the house.

For a book, please visit Świat Książki Bookstore, nearby the food court. "Nieznajomi" take part in the promotion "second book -50%". 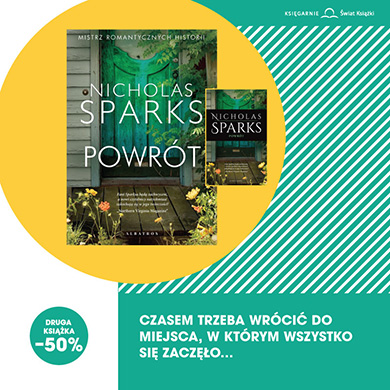 Trevor Benson had no intention of returning to the town of New Bern, North Carolina. Mainly because he did not anticipate that during a military mission where he was a doctor, such a terrible accident would happen as the one in which he was injured. And then the old hut inherited from his grandfather seemed to him to be the perfect shelter.

Neither did Trevor anticipate that he would find someone in New Bern to touch his heart.
His stay in New Bern is further complicated by the presence of a sullen teen named Callie, who lives in a caravan by the road.

You can buy this book as part of the "second book -50%" promotion at Świat Książki bookstore, located at the gastronomic zone. 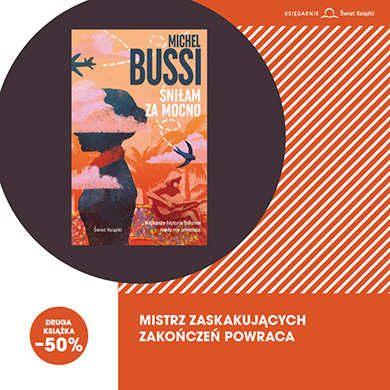 The latest book by the master of best-selling thrillers!

Nathy concludes that there are too many coincidences… that someone cares to keep memories of a passionate romance that nearly led to a tragedy alive. The traces of the past mark the present so densely that they are beyond rational explanation. Does Nathy have to go back in time to free herself from her fears?

You can buy this book at Świat Książki, which is located next to the food court. Look for it in the promotion "second book -50%". 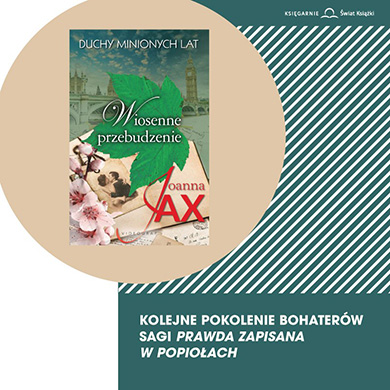 The era of Edward Gierek and the time of prosperity for foreign loans and greater openness to the Western world have arrived in Poland. In Germany, there is an attack on Israeli athletes during the Olympic Games in Munich. Western Europe is starting to grapple with bloody terror. The children of Błażej, Szymek and Kuba enter adulthood. For them, war is a distant past, but are all the demons of that time buried for sure?

You can buy this book at Świat Książki, which is located next to the food court. 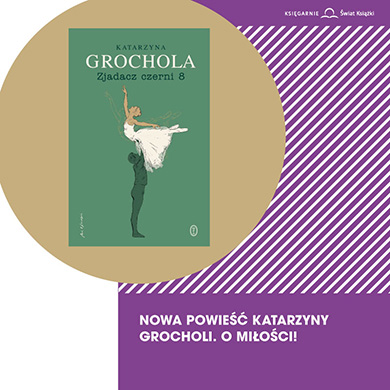 In "Zjadacz czerni 8" the characters' stories combine into a pattern that remains unrecognized for them, but still makes sense, like many situations, places and events in our lives. Love is not one-dimensional, defined and framed. It does not come down to just longing for the tender touch of lovers. It is a chance for humanity, in spite of everything. And if we try to understand another person, a miracle can happen.

You can buy the latest book by Katarzyna Grochola at the Świat Książki bookstore, which is located next to the food court. 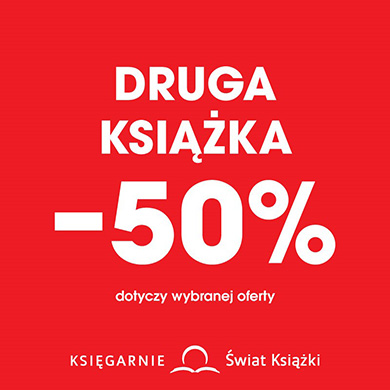 You take two and pay only half the price for one. This is a permanent promotion at the Świat Książki bookster (next to the food court). In it you will find novelties and bestsellers from almost every kind of literature! 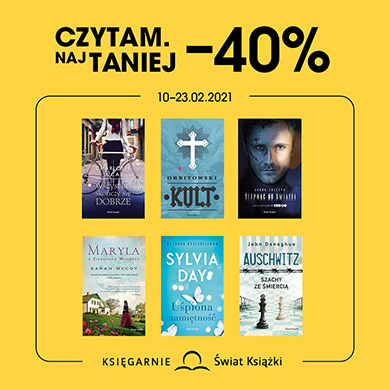 How about paying less in a bookstore than in an online store? It is possible! The Świat Książki bookstore launched the „CZYTAM najTANIEJ”, campaign, in which you can buy selected books at prices reduced by at least 40%.

Świat Książki bookstore is located next to the food court.